The R, I, P keys / faded from typing tribute / to those who have died. 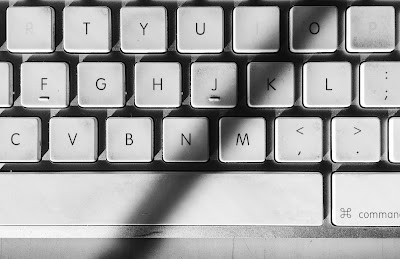 After a big week of celebrity performer death–David Bowie, Alan Rickman, and Glenn Frey–it occurred to me that I am sadly typing the letters “RIP” far too often these days, into poems, messages, and social media posts.

Here is my original Facebook status post from two days ago, which led to the haiku (it’s actually a “senryu” not a haiku) title of this blog post:

“I’ve worn out the R I and P keys of my keyboard. The letters are gone, but I know which they are, from typing about death so often. RIP Glenn Frey…”

Of course, these are just a few of the many people who died recently, but they were all artists and performers I appreciated, was inspired by, or was fond of, and they all died within a week of each other. It was a bad week.

All three men died in their late 60’s (Bowie and Rickman at 69, Frey at 67), which made me reflect on when they began their careers, and when I first became aware of them. At 13-15 years younger than these three men, I was pretty much a lost teenager when all their careers were launched. I came to the sad realization, that I should expect more such celebrity artist/performer deaths in next few years, because so many from my youth are in that age range now, many with lives shortened by the “hubris” of their own youth. You know what I mean…

So, Rest-In-Peace, a.k.a.: R.I.P. to all ye who’ve died. Unfortunately, I know well where those keys are on my keyboard, so that I may continue to pay tribute to those who will die in the days ahead…

Oh, but Keith Richards is STILL ALIVE and well, more or less well-preserved, and still performing. :)